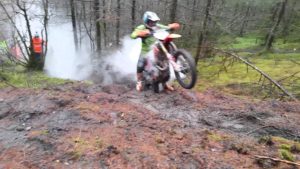 Having a bad day for driving under the scorching heat of the sun under your big bulky gear? Looks like summer is really doing its job.

The heat and sweat gets really annoying under your skintight protective gear and braces especially when you’re competing in a fast paced and energy draining Motocross.

And I almost forgot, How about your bike? Maybe it’s having a severe fever from overheating. Today, we will teach you how to keep your bike running excellently and also how to keep yourself in tip-top shape while competing.

Soaking yourself in a pool or taking a shower helps the temperature in your body reduce. Sitting in a cool pool or even jumping in a pond also helps regulate your temperature. Look for a shade

You’ll look so haggard and devastated under the sun with all that gear waiting for the gate to drop. So get to a shady place, a tent or use an umbrella. Avoid direct contact with the sun because it can cause irritation with the sweat inside your gear.

Hydration should be the number one priority on all of things listed here. Dehydration strikes hard and can cause huge impact on your body from all the sweat that your body has been released. Fill your body with water before the race starts.

Don’t be tempted by the soothing ice-cold water running down your throat. Because, ice-cold water don’t go well into the body also room temperature water because you can’t re-hydrate yourself with that temperature. Remove Your Gear After the race finished, take off all of your gear. Remove your helmet, gloves, boots and guards to freshen up and to expose your skin to air. You’ll feel refreshed as the air dries your sweat that’s been trapped under your gear.

After the race finished, take off all of your gear. Remove your helmet, gloves, boots and guards to freshen up and to expose your skin to air. You’ll feel refreshed as the air dries your sweat that’s been trapped under your gear.

How to Cool Down Your Bike

Fresh Coolant– Coolant should be a must have and your radiator should be filled with it. It’s the most important thing to avoid overheating on your dirt bike’s engine. If the bike’s engine overheats, throw the old coolant and add a new fluid. Give

Your Gas Tank a Bath

Of course, the gas boils when you’re using but don’t be surprised, it won’t ignite and explode when you’re driving. Boiling gas creates vapor lock which occurs when the gas evaporates and turns into vapor and shuts the engine off. Use some Reflect-A-GOLD to your tank to shield it from the scorching summer sun. Sometimes in severe cases, rider puts a wet towel over the gas tank or even removes the gas tank from the bike and gives it a quick bath in a container filled with ice before the next event. 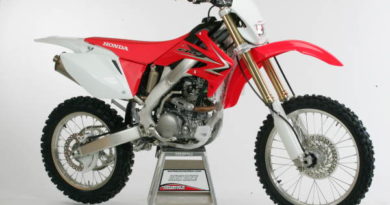 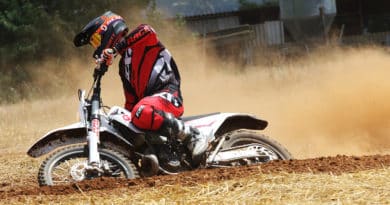 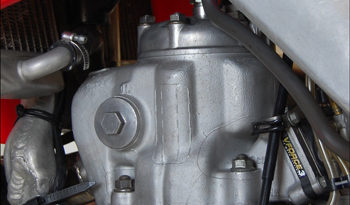 HOW TO: WHY YOUR TWO STROKE DOESN’T START