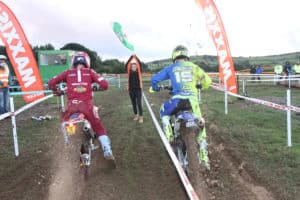 The 2-day Rhayader Enduro weekend starts off on Friday night for expert and championship riders’ category. The thrilling makes even more exciting as heavy rain pours throughout the day which the riders takes the trails on a different paced action for all of the viewers and spectators. 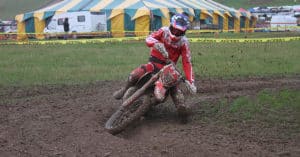 Luke Flack set his time of two minutes and fifty-five seconds making in the top six of championship class in the expert division. Brad Williams and Harry Edmondson completes the podium.

The Purple Helmets tribute was the Friday evening event on honouring the late rider Michael Alty who lost in an accident in France last August 2017.

Day one – Round eight now belongs to Danny McCanney.

Saturday morning was a perfect set for 180 riders to tackle and beat up the two laps of fifty mile course. In the afternoon, twenty sidecar competitors also competes for the 2018 ACU British Sidecar Enduro Championship and Trever Evans Memorial Cup.

Danny McCanney marks the top spot with a time of eight minutes and twenty seconds. Finshing third was his brother, Jamie McCanney, and Edmondson completes the podium.  On the Cross-Country test, McCanney set the tone again onto another level heading everyone else. A manageable lead against other competitors was the heat of the moment for everyone. Jamie McCanney won three of four tests but Danny McCanney put a remarkable lead on every test to secure a sure spot on the event. 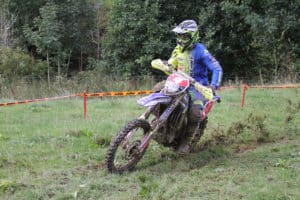 The full effort performance by Danny McCanney added his best E3 rider to his career. Jamie McCanney was second taking E2 honours. E1 4S was awarded to Alex Snow, who finished fourth overall. Alex Walton takes the top spot for E1 2S category. Luke Flack takes on the crown in the expert class topping up Jack Cadwallader and Henry Yardley completing the podium. In the Clubman class, Lewis Ranger takes home the crown topping up Harry Houghton and James Palmer for the top three. Welshman Andrew Edwards takes the crown for Over-40s veteran class division while Paul Davies wins it for Over-50 class division, and Nieve Holmes crowned as the best female rider for the whole event.

On the second day of the event, heavy rain falls and hyped up the day for the Rhayader Club to set the event to just 50-mile one full round lap to all divisions.

On the first test on Cwmythig Hill, the conditions does not affect the riders thrill to compete as Alex Snow speeds up against Jack Edmondson and Danny McCanney.

As the Championship riders arrived back at Cwmythig Hill, and with the conditions worsening, the decision was made to run back-to-back tests to finish the day.

Heading into the climax of the day event, Alex Snow sets the tone but McCanney took the win despite going through the tapes and re-joining the course. The riders set out on the final tests but once again, Snow and McCanney still go head-to-head throughout the race. 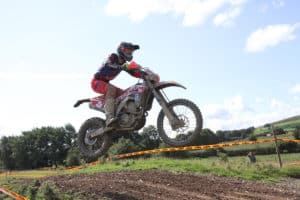 Luke Flack continued to dominate as he finished first in the expert class division. 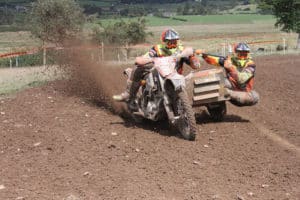 The British Enduro Championship round six incorporating the ‘Trevor Evans Memorial Cup’ sets the riders to a full two laps in all classes and nineteen sidecars competing for the said event.  In the expert class, Simon Chilcott and Ben Sinclair took four out five tests. Husband and wife crew Alistair and Sharon Nevill took the second spot leading by just less than a minute to Dan and Matt Baynham to sum up the top three.

The REME Enduro forms the final rounds of the British Enduro Championship will start on September 8/9. 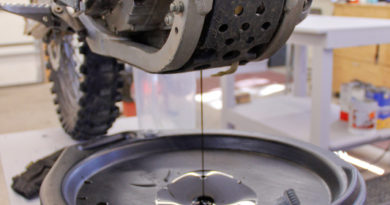 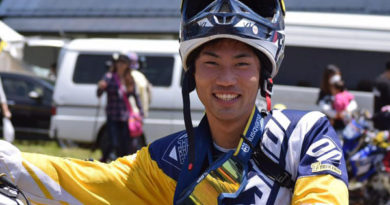 A Japanese in Enduro GP First Time in Years!