The hydraulic clutch has some advantages over the cable clutch. Not only does the drive tend to be softer and more consistent, but maintenance is also simpler. Unlike the cable clutch, the hydraulic clutch is self-adjusting. This means frequent adjustments are not necessary to maintain the correct point of your motorcycle clutch. This is because as the clutch discs wear out over time, the hydraulic clutch automatically adjusts to compensate for the loss. Nevertheless, options for adjustment are limited. We will explain the possible methods in the following article.

You can also see the video below from Jerry Macia – actually not on a dirt bike, but it might save you some time from reading the entire article 🙂

Where should the biting point be on a hydraulic clutch?

Many motorcyclists consider the biting point on a hydraulic clutch system too high. This is amplified by the impossibility of adjusting this distance in the system itself, and it becomes necessary to resort to other tricks or to simply adapt to the point as it is.

In any case, you can expect the biting point on a hydraulic clutch to be much closer to the end of the pedal travel. However, on a cable clutch system, it would be further along.

What does a high biting point on the clutch mean?

A high biting point on the clutch means that it is necessary to press the lever for a longer distance until the clutch is effectively engaged. Something similar happens in cars with a hydraulic system and a manual gearbox. In this case, the pedal needs to be pushed lower to actuate the clutch.

The distance of the clutch can be a matter of personal taste. You may prefer it more or less high. You must also consider an impediment if, for example, you have very short fingers and the bite point is too high. In any case, it is a central element in the pilot’s experience.

Still, you may not feel comfortable with the clutch biting point and want to change it. In this case, the options are limited as the hydraulic clutch itself is simply not adjustable. If the biting point is too high due to air entering the system after a leak, the system can be bled to correct the height. If this is not the case, and you consider the biting point naturally high, it is still possible to change the levers in adjustable models.

In the case of a cable clutch system, the clutch point can be adjusted according to the pilot’s preferences or needs. In a hydraulic system, on the other hand, the point is self-adjusting which gives a lesser degree of freedom as to its distance.

How do you master clutch control?

Mastering clutch control is a critical skill for a motorcyclist. A good mastery of the clutch is essential for starting and idling, for example. However, this mastery will differ depending on the motorcycle you are riding. This is mainly due to differences in the clutch biting point.

The biting point can differ significantly not only from one motorcycle to another – with the distance being either too high or too low depending on the model – but also change over time on the same motorcycle. This primarily occurs when the clutch system is cabled as natural wear occurs over time. Thus, the need for adjustments is frequent.

Is it bad to hold the clutch down?

Keeping the clutch pressed down can be a good safety option when you are standing at a traffic light or a junction as this will give you the possibility to react more quickly to potential hits from behind.

On the other hand, if you are on the move, keeping the clutch pressed down can consume more fuel than normal. In addition, it can slow down the deceleration when you have to stop the motorcycle.

Can a hydraulic clutch suddenly fail?

How does the hydraulic clutch work?

The hydraulic clutch works similarly to the brake systems on modern motorcycles. It is operated with the application of pressure by the lever through a piston in the master cylinder which then transfers the force to the slave cylinder. The slave cylinder then pushes the piston out to drive the rod, thereby moving the pressure plate. In this way, the pressure that holds the fibre and steel plates together is released, and the crankshaft transmission is uncoupled.

The following are the main parts of the hydraulic clutch system:

The master cylinder is located closest to the lever and is responsible for sending or releasing the flow to the slave cylinder. When the clutch is actuated, the master cylinder presses the system and sends the fluid to the slave cylinder which, in turn, actuates the clutch. These parts are part of the so-called drive system. The drive system is the set of parts responsible for actuating the clutch kit.

The slave cylinder receives the fluid sent by the master cylinder and actuates the clutch, pushing the piston out and thus actuating the rod that moves the pressure plate.

What is the difference between the hydraulic clutch and the cable clutch?

The difference between the hydraulic and cable clutch lies in the way the clutch is actuated in each system. In the traditional cable clutch, the lever force is transferred through a Bowden cable. This cable consists of a steel wire which passes through a flexible sheath and applies pressure to the clutch. In a hydraulic clutch, on the other hand, the force is transmitted by a fluid, similar to hydraulic brakes. Instead of having a clamp at the other end of the hose, there is a slave cylinder that acts on the clutch pressure plate.

Each of these clutch systems has its advantages and disadvantages. Both of which can be summarised in the following points:

Thus, we can say that, in general, the cable clutch is the most common and most accessible option. The hydraulic clutch, in contrast, is more expensive, has better performance and requires little maintenance. On the other hand, repairs to a hydraulic system also tend to be more expensive than those to a cable clutch system.

The lighter and more consistent traction in the hydraulic system, facilitated by extending the gripping force between a master cylinder and a slave cylinder, certainly eases modulation in relation to the cable system. However, the main benefit of the hydraulic clutch, compared to the traditional cable version, may be in the time required for maintenance.

In a cable clutch system, frequent adjustments to the clutch clearance are required. The cable must not become too loose, or there will be no complete release in the lever drive. Nor must it be too tight, or you may end up cooking your clutch discs. Cables are also very susceptible to breakage and corrosion and need to be lubricated frequently.

In the case of the hydraulic clutch, cable wear, frequent lubrication or adjustments are of no great concern. Just keep the fluid up to date, and the system will self-adjust to clutch disc wear. So, throughout the clutch’s service life, the engagement point will be the same – unless you want to adjust it to your preference.

What is a hydraulic clutch on a dirt bike?

The hydraulic clutch can also be used in dirt bikes, but its use is not as common in this case as in motorcycles or sports cars. In the case of “dirt bikes,” many motorcyclists do not see the same cost-benefit as a with the hydraulic clutch, mainly due to the lower value invested, on average, in assembling the motorcycle and because they see less sense in the long-term investment. One of the main positive factors of the hydraulic clutch is the reduced need for maintenance and the advantages it provides as a long-term investment. However, how much these are actually felt depends on the use of the motorcycle and the total amount invested in it.

How long does a hydraulic clutch last?

As one of its greatest advantages, the hydraulic drive is highly durable compared to the cable clutch. It also has a softer transition with the automatic regulation of the biting point. Although, as we have seen, this can be considered a problem for many people.

It is difficult to estimate the service life of a hydraulic clutch system, but it is known that it far outperforms the traditional cable system. That’s why it’s often preferred by many people. The higher the purchase price of the motorcycle, the more it makes sense to invest in a hydraulic clutch for it.

To increase the service life of a hydraulic clutch system, however, it is necessary to check the fluid regularly and follow all the manufacturer’s recommendations on replacements which should generally be made every 50,000 kilometres. If the fluid gets old or dries out, which may also occur due to leaks, the driver will sense heaviness in the pedal and may not be able to engage the gears.

Is having a hydraulic clutch worth the expense?

That is a difficult question to answer. The answer depends on the type of motorcycle you have, the investment you can – and want to – make and your preferences when riding.

The limitation on biting point adjustment can be a deterrent for many people if it is considered too high. These people will certainly be left behind when they abandon the good old cable system. On the other hand, those who prefer a softer, more consistent biting point will probably be interested in the hydraulic system.

For those who do not have a strong preference for the biting point, the trade-off will certainly be more in relation to maintenance needs and investment. Is it worth paying extra to dispense with regular wiring adjustments? That’s up to you.

Also read the article: Everything you need to know about Dirt Bikes or Dirt Bikes for kids

One thought on “How to adjust the biting point on the hydraulic clutch?” 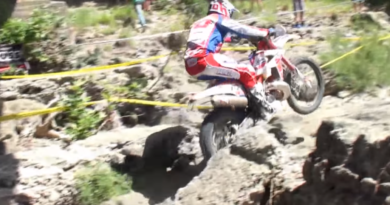 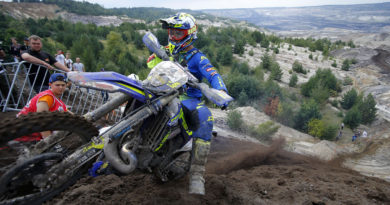 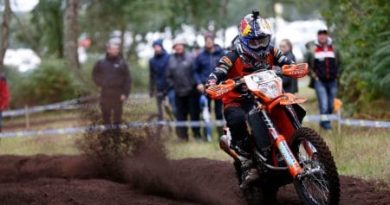