Are you interested in rally cars? Do you want to know how it is made? Do you want to know about the engine, suspension, and other things? If yes, you are in the right place. We will cover all your queries in the following 14 frequently asked questions. Keep reading to answer the curious mind.

A rally car is specifically designed to serve a rally. These racing cars must comply with FIA regulations during the manufacturing process to be eligible for competitions.

2. What Kind of Engine Does a Rally Car Use?

The engine capacity of rally cars varies from 1067cc to 2000cc. However, there will be a limit for WRC cars. These cars can use 1600cc engines. Most of the cars run by petrol. You can expect an exception with R3D. It uses diesel supercharged engines.

3. What Tire Do Rally Cars Use?

When it comes to tires, these cars are made with special racing tires. Racing car tires are specifically made to run on different driving surfaces and driving conditions such as snow, gravel, and tarmac. These tires are different from the tires of other vehicles.

4. What Suspension Do Rally Cars Use?

Like tires, different suspensions are used for rally cars depending on the surface and driving conditions. For example, they use stiffer and harder tires for tarmac rallies. The specifically designed suspension will make the stance of the car a bit lower to ensure better handling. They will use soft and higher suspension for gravel racing.

5. How Do Rally Cars Accelerate So Fast?

Rally cars are designed in such a way that they can run at a moderate speed regardless of surface condition. These cars are made to be geared low with closely spaced gears. The design will enable drivers to achieve the desired speed. Also, rally cars are developed in computers. The engine management unit will have a great impact on the speed of cars. The ignition control and electric fuel injection can offer more power with every drop of fuel.

6. What Are the Most Well-known Rally Cars?

As the options are many, it is not easy to get a straightforward answer. When some prefer WRC’s current generation, others go with the middle that includes Ford Focus and Peugeot 206 WRC. However, if you want the one that has a good winning record, you can go with Lancia Stratos Group A and Subaru Impreza.

7. What Are Group B Rally Cars and Why Were They Scrapped?

Group B cars were introduced as a replacement for Group 4 in 1982. As it had only limited restrictions, it increased the power from 250hp to 500 hp. Massive power offered both positive and negative results. The uncontrolled power led to a series of accidents and the death of Sergio Cresto and Henri Toivonen in 1986. The accident caused the ban of Group B in the following season.

8. How Fast Can a Typical Rally Car Go?

When we talk about rally cars, we do not focus on the total speed. Instead, we focus on the speed that a rally car generates while covering corners. The current generation of rally cars can achieve a speed of 200km/h on tarmac roads. However, the speed limitation by FIA is 130km/h.

9. Why Are many Rally Cars Hatchback?

The reason is that they require high center gravity, Unlike track cars, you want a higher center gravity to pitch the car around on the looser surface. These cars are also designed with low overhangs.

10. Why Are all Rally Cars Manual Gear?

The automatic gears are not considered good for a rally car due to many reasons. For example, they are not fast to change and they are not allowed to drive on high RPM.

11. What Is the Minimum Weight of a Rally Car In WRC?

The minimum weight of a rally car in WRC is 1,175 kg. Before the 2017 season, the weight was 1,200kg. The current weight contributes to the overall performance of the car during competitions.

If your interested, then read our article: Why do rally cars have a minimum weight?

No, an FI driver should not drive a rally car. The driver of a rally car needs some specific expertise and requirements to drive safely in different conditions.

A rally car does not drift. However, drivers mostly use the handbrake to make the turn less time-consuming and easy. Drifting also enables them to get fast speed through corners on gravel roads.

14. Are Rally Cars Different from Their Street Counterparts?

Yes, a rally car is different from its street counterparts, since they are made with different suspensions, tires, and engines to become a racing car. 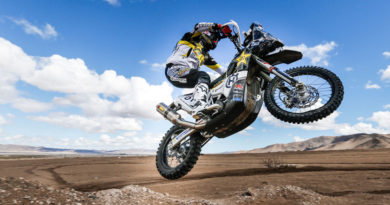 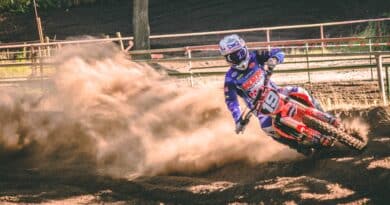 Taking a look at some of the Motocross world’s coolest world records. 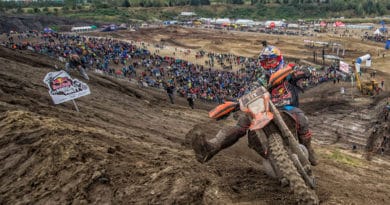