Why do rally cars have a minimum weight?  Everybody knows, that the lighter the car is, the faster and better the car can drive. This is why most rally cars are lighter than normal cars because they remove unnecessary components that make the car slower and heavier. But a rally car needs to be built in a specific way, so everybody has a chance to win a race.

A rally car is a racing automobile build to the specification set by Fédération intermationale de I`Automobile. The specifications of the Rally cars have changed several times over the years. The minimum weight of a rally car has changed a lot in the previous years.

Minimum weight of a rally car?

Between 1997 and 2010, the regulations mandated, that World Rally Cars must have a minimum weight of 1230 kg, the minimum length of the rally cars must be over 4 meters and the maximum width was set to 1,77 meter. This keeps competition close, prevents constructors from cutting corners that could be detrimental to safety. These rules also keep development cost down to encourage more teams to participate with a chance of winning. In 2005 the World Rally Cars were increased from 1,77 meter to 1,8 meter. These rules were kept like this until 2010.

Rule changes and what it meant for the drivers

In 2011 rules for World Rally Cars changed rules again to be more restrictive. Exotic materials like magnesium, titanium, composite and ceramics were forbidden except when present in the base model. The minimum weight of a rally car was reduced to be 1200 kg if empty and minimum 1350 kg with driver and co-driver.

In 2017 the rules changed again. The minimum weight of a rally car was reduced by 25 kg. So the minimum weight of a car was 1175 kg if empty and minimum 1325 kg with a driver and a co-driver. These rules changes meant, that if the car is as light as possible, then the drivers need to be around 75 kg or more. That’s why you see multiple drivers like Oliver Solberg, Walter Rohrl and Dani Sordo keep their weight around 75 kg.

These rules were only allowed to be used by manufacturers teams cars.

Also see the article “The difference between motocross and supercross trials”.

Comments to “Why do rally cars have a minimum weight”?

If you have any comment about “why do rally cars have a minimum weight?”. Then comment them below 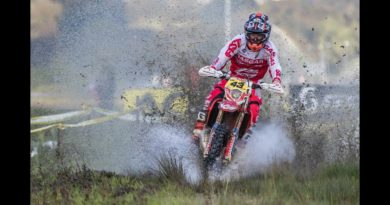 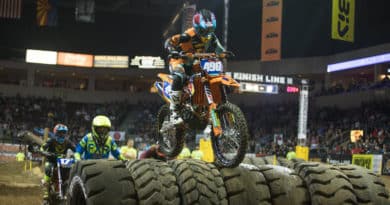 ENDUROCROSS 2018 OPENING ROUND RECAP – THIS WEEKEND 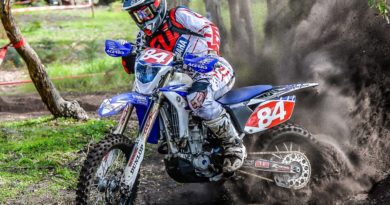