Several falls off the bike didn’t stop Cody Webb from owning the top of the podium as he had won the second round of the 2017 EnduroCross Championship from Reno, Nevada. It was a close race between Webb and Colton Haaker as they both experienced the unwanted falls and mishaps in the arena. Before the main event, there had been several rounds for the qualifying riders that will be in the main race. only the top 13 will have the chance to race in the Super EnduroCross. Webb had took the win at the qualifiers after he passed RPM KTM’s Ty Tremaine. Also, Haaker made his way into the second place after also passing Tremaine.

The top 12 riders raced into a single lap. It was a very head on battle up until Haaker and Webb faced off. At the first turn, the two were leaning hard on each other forcing their way to be the lead but Webb used the inside line in his favor. This resulted in Haaker placing behind Webb. Eventually, Webb took the win.

At the main event, when the gates were opened, Redmond took the holeshot resulting him to be in the first place at the first turn. But him being in the front didn’t last long as Haaker made his way pass him in the series of obstacles. During the second turn however, haaker had probably made some miscalculations and crashed. Same goes through with Webb; he swerved a bit on the first lap but eventually crashed on a wood pit at the end. This incident pushed him back in the fifith place, just ahead of haaker.

Both Haaker and Webb turned into the No Joke Lane on lap three. Although they both passed it, they fall back a little bit to seventh and fifth respectively. Redmond, in the mean time, rode steadily in front of Webb and Haaker. The two of them kept on racing up to regain the top spot. Webb passed Redmond on the lap nine of fourteen. A little bit of time was lost on Redmond on lap thirteen when he decided to pass the No Joke Lane. This happening gave an opening to Webb to have his first win of the season. Crahing seems to follow Haaker as he crashed at least 2 more times but still got up and worked hard to catch up just behind Redmond by a few seconds.

In fourth place was SRT Trystan Hart who put his entire effort ad had a steady performance all throughout the race. Noah Kepple finished fifth with his GasGas. A few crashes made the night of Tremaine in sixth. Geoff Aaron finished in seenth place with also a solid performance. Mason Ottersberg rode a Yamaha and finished eighth. Beta’s Ty Cullins finished ninth and Spain’s Joan Pau Segura round out the top ten on his GasGas.

“It was a long race so it gave me a long time to recover from a couple of mistakes,” said Webb. “The track was really fun tonight and made for some great racing. There were multiple lines in a lot of spots. So, it was great to get the win. I have to thank KTM and my mechanic Robbie, my bike was awesome tonight.” “Yeah, I got a really good start from the outside gate,” told Redmond. “I was out front and I just tried putting in consistent laps but then Cody caught up me and Colton passed me but then crashed. So, second is good. I have not led a race like that for a while so I am happy.”

“The track was fast and nothing too difficult but things came out of nowhere on you,” exclaimed Haaker. “The first crash was my fault on the first lap. You couldn’t tell if somebody was going to turn into the Joker Lane and I plowed two people there and went over the bars. I think I crashed at least five times so it was good to get back up to the podium.” 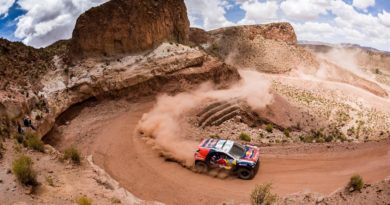 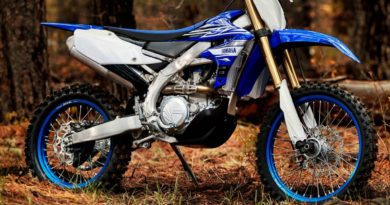 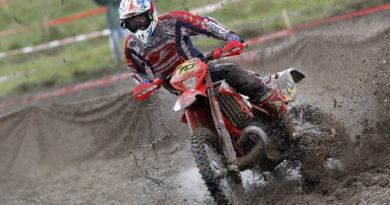