Having two victories from two days racing within the E3 class, Daniel Milner was once more hailed as the fastest in the Australian Four Day Enduro (AD4E). To summarize the highlighted events of the day 2, the contestants were up for humid and tough surroundings along with tracks covered in dust. The four-time champion Daniel Milner remains at the top spot subsequent to having the fastest time in the overall tally and within the E3 Class. In the E2 class, Daniel Sanders was the most noticeable rider as he closely matches the time of Milner all throughout the day. In the E1, Luke Styke grabs a hold of the first place. Lastly, the competitors rode and finished nine tests covering just less than 150km.
For the E3 class, the man to beat was Daniel Milner following taking the triumph and having a huge gap among the other riders behind him with a time of 40:16.318. In second place was Lachlan Stanford who had tried to vatch up with Milner but was unable to do so. He had a total time of 42:09.619. completing the podium spot was Broc Grabham with a total time of 42:40.700 following an enhanced feat starting day one.
“My bike was awesome today and we had some really good test times. I’m happy with where we are sitting right now. It’s been good thus far and today was a tough day with the conditions but there were some good tests that we got on when they were fresh which was nice.” Milner said. In the E2 Class, Daniel Sanders starts the 2018 A4DE with the intention to win as he claimed the second day of E2 in order to back up his hard work on the first day. Despite of a number of falls during the race, he still managed to grab the first place in overall with a total time of 40:36.702. Right behind him was Josh Green who completed the day at a time of 41:52.543. Wil Ruprecht who is also Green’s teammate managed to land in the third place with a time of 42:04.208. Due to some mechanical problems, Lyndon Snodgrass will be out for the rest of the A4DE. This was a complete disappointment as he had done so well during the first day and managed to finish in the second place.
“It was a good day, it’s good to stay in front of the class and today we got to ride the new test which was good and hopefully it can hold up for tomorrow as well, but with two days finished and two days to go we just need to keep it upright and get the bike and body through to Saturday.” Sanders expressed.
Luke Styke showed his speed at the day two of the A4DE and took the E1 class’ first spot to himself. He outpaced the other riders and finished with a total time of 41:49.088. In second was Michael Driscoll who was only 40 seconds behind Styke. Fraser Higlett was in third place with a time of 42:55.010. 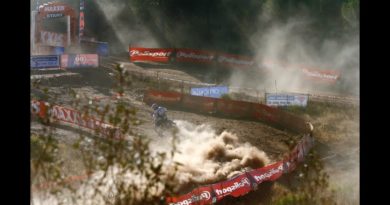 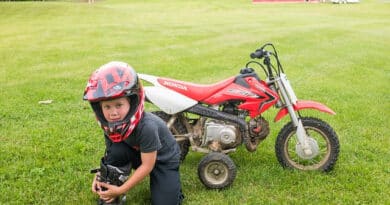 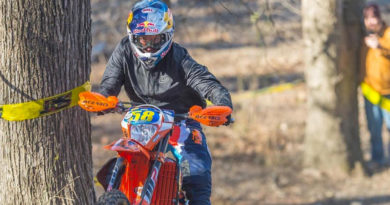