EnduroGP of Great Britain held at Hawkstone Park had the spectators left in awe as Pascal Rauchenecker (Husqvarna) and Nathan Watson (KTM) was hailed as the winner on day two of the FunnelWeb Filter GP of Great Britain. The said event had thrilled the audiences with head to head and close race between the riders. The other winners together with Enduro 2 class victor Rauchenecker and EnduroGP winner Nathan Watson were Brad Freeman (Beta) winning the Enduro Junior class and Ruy Barbosa (Husqvarna) won the 125cc Enduro Youth class.

Nathan Watson (KTM) had a solid lead and a perfect start. Eventually, he had returned to the course and finished the race in fifth place.  Same goes through with Steve Holcombe (Beta), who only needed a couple of points in order for him to earn the EnduroGP title. This has been indeed caused a rollercoaster ride of feelings for the riders and their fans.

The battle between Nathan Watson and Christophe Charlierw was an intense one as Watson had the lead during the first part of the race but was eventually taken over by Charlier later on. Watson explained his thoughts in an interview.

“I got up to third on the opening lap and then followed Steve early on,” explained Nathan. “When Steve ran into troubles I took over the lead, but after about an hour it started to get tough. I was able to keep a good pace going up to my second pit stop, when I hit a bit of a wall. I could see Charlier catching me, but then he crashed and I took the lead again. I gave the last three laps everything, but it was certainly one of the hardest things I’ve done.”

Charlier had put in so much effort in the race even after a poor start and hitting a tree, he refused to backed down and still continued the race. He managed to catch up behind Watson and placed in second at the end. Also, it is worth mentioning Loic Larrieu (Yamaha) who also had a steady performance finishing just 6 seconds behind Charlier.

Another standout rider was Pascal Rauchenecker (Husqvarna) who topped the Enduro 2 class. He finished ahead of Husqvarna team-mate Danny McCanney (Husqvarna) by close to 2 minutes. Over the course of the race, Pascal seemed to show no sign of fatigue up until the closing stages. Thus proving his stocked up stamina. In doing so he became the first Austrian ever to win a day of the EnduroGP World Championship. “I had a great bike set-up today and was really able to find my rhythm in the woods, and I felt really good,” said Pascal. “Everything went really well. I stuck to my plan of not pushing too hard at the start. I could have pushed harder during the final hour of the race, but once I got into the lead I didn’t need to do that. It was a tough race but everything went really, really well.”

Brad Freeman had won the Enduro Junior championship while Davide Soreca (Honda) closing to within just four points. Freeman had placed two minutes ahead of Soreca c ompleting 18 laps just as the fastest EnduroGP and Enduro 2 class riders did.

“I had to tell myself to slow down during the second half of the race,” admitted Freeman. “I felt really good and was passing some of the E2 class riders and needed to remind myself that they weren’t in my race. I got a perfect start, which made things easier. I was 30 seconds ahead in the juniors at the end of the second lap, but then started catching the E2 class riders. I tangled with one and I went down pretty hard. I dropped to second in class before taking the lead again. From there I kept my head down and it all went well for me. It’s great to win here in the UK, it’s been a great event.”

With Freeman taking the Enduro Junior class win and with class leader Soreca runner-up, third went to Swede Albin Elowson (Husqvarna) who finished three minutes behind Freeman. It was only Freeman, Soreca and Elowson were the only three junior class riders to complete 18 laps.

In the 125cc Enduro Youth class Chilean Ruy Barbosa (Husqvarna) had the top of the podium together with Leo Le Quere (TM) Barbosa and Andrea Verona (TM).

The 2017 Maxxis FIM EnduroGP World Championship now moves onto the eighth and final round of the series, the Acerbis GP of Germany in Zschopau on October 20-22. 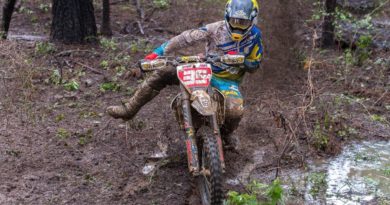 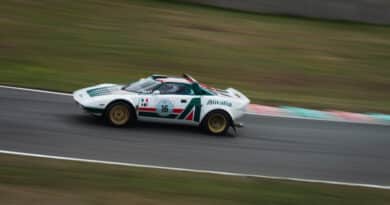 Lancia Stratos vs FIat x1/9: Which one is the Best? 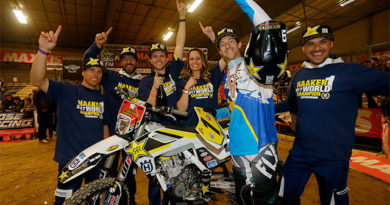