Enjoying a stand-out start to their 2018 World Enduro Super Series campaign, Rockstar Energy Husqvarna Factory Racing are looking ahead to the fourth round of the 2018 series – the five-day-long Romaniacs Hard Enduro Rallye in Romania. Topping the first two WESS rounds in Portugal and Austria respectively, Billy Bolt and Graham Jarvis will be joined in Sibiu by Spaniard Alfredo Gomez.

Spearheading the Rockstar Energy Husqvarna Factory Racing team’s efforts in Romania will be hard enduro star Graham Jarvis. Holding an impressive record of six wins at the infamous week-long Hard Enduro Rallye, Jarvis is all set to battle for a seventh career victory, this time aboard the TE 300i fuel-injected 2-stroke machine.

Kicking off the WESS series with victory at the opening round in Portugal, Billy Bolt is another Rockstar Energy Husqvarna Factory Racing team member looking to continue his solid performances at this fourth round of the series. Currently sitting third in the WESS standings, the young Brit also has an eye on climbing even higher in the provisional WESS rankings.

Contesting the Iron Road Prologue at the Erzbergrodeo, Alfredo Gomez will make a full return to hard enduro competition at the 2018 Romaniacs. Back to competitive fitness following his knee injury before the start of the outdoors season, the Spaniard will make his WESS debut in Romania.

Featuring two overnight bivouacs, this 15th edition of the world’s most famous Hard Enduro Rallye will once again test competitors’ stamina and ability to tackle the demanding technical sections in the Romanian mountains. Round four of the World Enduro Super Series, the 2018 Romaniacs Hard Enduro Rallye, will take place in Sibiu, Romania on July 24-28.

Andreas Höelzl – Rockstar Energy Husqvarna Factory Racing Team Manager: “Romaniacs is one of the most important races in the enduro calendar and we’re really looking forward to the 15th edition. The WESS season has started really well for us and our riders will look to continue their strong performances in Romania. Graham is fully focused on battling for the win – he’s been training hard and is looking forward to the race. Billy is going from strength-to-strength. Winning the opening round of WESS, he’s impressed us all with his solid performances this season. For us, Billy will certainly be one of the riders to watch at this Romaniacs. We are also happy to have Alfredo back racing again. He’s worked incredibly hard to return to full fitness and he has the experience needed to be a top contender in Romania.” 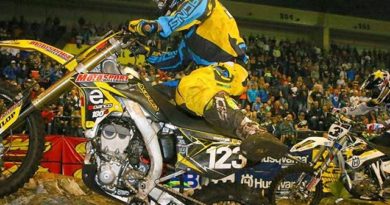 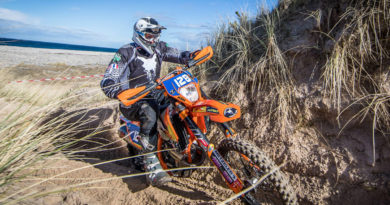