The 2018 AMA National Championship Round 11 takes us back to Mathews Farm Property marking its return of GNCC since 2003. A  Memorable yet remarkable event for the FMF KTM Factory Racing rider Kailub Russell finished first overall and played once again in the farm back when he was competing in the youth division before. Russell marks this as his eight win of the season in XC1 Open Pro field and holding a 54-point gap over everyone else heading to the last three rounds of the season.

Second on the standing is Rockstar Energy Factory Husqvarna Racings’ Thad Duvall who finished 11th overall after the race. He now currently sits at the second spot and still recovering from his injured wrist. Duvall played also in the farm alongside with Kailub Russell back in 2003. Now, both riders are now on the top of the standings and still compete against each other. Trevor Bollinger continues his standout season after making to the top 10 in the first nine rounds with three podium finishes. Finishing third, The JCR Honda rider will look to showcase again his speed and endurance for the next round. Steward Baylor Jr. will also be the talk of the town after recovering from an injured knee suffered last June and looking to start the second half into an exciting one this next round. Josh Strang sits in 5th overall in the standings and tries to step up his performance for a podium finish in the last few rounds of the GNCC Season.

In the XC2 250 Pro Class, Trail Jesters/KTM Racing’s Ben Kelley leads at the top of the score stats with four wins and 13-point advantage against the defending champion Josh Toth who has five wins this season. Both Ben Kelley and Josh Toth are on a mission on who’s to finish on top for the final rounds of XC2 250 Pro National Championship. Third on the standings is Pascal Rauchenecker. The Coastal Racing Husqvarna rider is still looking for his first win of the season as the season almost come to the final rounds. Pascal’s teammate, Craig Delong who sits in fourth, also hopes to earn his first win of the season and targeting to take it in his home state at Pennsylvania. In the XC3 125 Pro-Am Class, FMF/RPM/Maxxis KTM rider Jesse Ansley leads first overall in the standings with his four wins and looking for his fifth win this coming Sunday. Raines Riding University and Atlas Sales Yamaha rider Jason Raines sits on the second overall with a one win and continues to fight for the top spot. The Coastal Racing Husqvarna rider Alex Teagarden, currently sits at third overall, hopes to grab the win infront of his family and friends.

Race day will be on September 30. Race starts at 10am for women and amateur class and 1pm for pros and top amateur class. 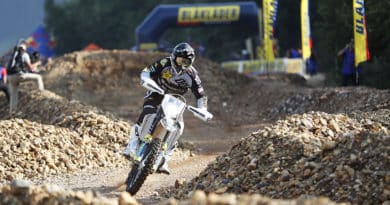 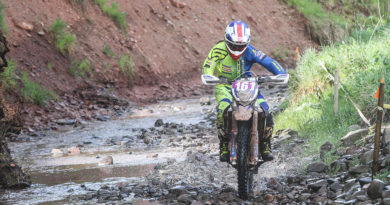 MCCANNEY WINS ROUND FOUR AND FIVE IN 2018 BRITISH ENDURO 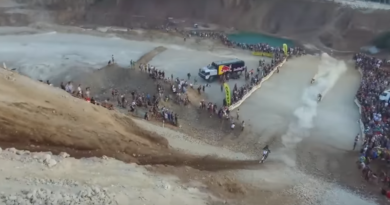