The Round eleven of 2018 GNCC Series entertained the fans with intense competition in a three hour race of hard fought battle as Thad Duvall earns the top spot to claim the Mason-Dixon GNCC win.  Held at Mount Morris, Pennsylvania at Matthews Farm, the top two contenders; Rocsktar Energy Husqvarna Factory rider Thad Duvall, and FMF/KTM rider Kailub Russell went head-to-head for the whole race marking also their comeback to the venue back in 2003.

In the XC1 Open Pro Class, Thad Duvall started off really great earning the $250 All Balls Racing Holeshot Award over Kailub Russell who is over behind him. But after the lap one, Tely Energy Racing/KTM Steward Baylor Jr. led the way against JCR Honda’s Trevor Bollinger and Thad Duvall trailing so close. The intense battle continues as the race almost heading to the finish line. Duvall made a run to surpass Baylor Jr for the top spot heading on to the lap four and maintain the lead until the last lap. Steward Baylor Jr finished second, while Josh Strang completed the position in the podium. Kailub Russell competed with an unsatisfactory performance at the end after just finishing fourth place in the class. On the other note, Coastal Racing/Husqvarna rider Pascal Ruchenecker made his debut in the class and finished fifth place. Trevor Bollinger lost his top position in the early course and finished sixth. Tely Energy KTM rider Grant Baylor finished seventh who had a good start early on, Ampro Yamaha rider Ricky Russell positioned himself at fourth for almost the whole race but later fall back and finished eight. Completing the top were Layne Michael, who finished ninth, and Cory Buttrick. KTM Racing rider Ben Kelley finished first at the XC2 250 Pro Class after an intense battle between him an FMF/KTM’s Josh Toth who were both are giving no inch against each other. But on the final lap, Kelley finished ahead of Toth making him earned the top place and a first career podium finish for him. Jonathan Girroir completes the podium finishing third after a crucial pass on Coastal Racing/Husqvarna Craig Delong in the last lap making it a remarkable performance for the MCS Racing/SIDI Arai-backed rider.

In the XC3 125 Pro-Am Class, FMF/Maxxis/RPM KTM rider Jesse Ansley finished first and earned his fifth win of the season. Finishing second was the hometown boy Alex Teagarden who also earned the $100 Wiseco FMF XC3 Holeshot Award. With his performance this weekend, Teagarden moved up to second in the overall point standings. Completing the podium was Tely Energy Racing/KTM rider Zach Nolan, who also had a great race making his first career podium finish. The Women’s Division also showed off with head-to-head battle among riders.

KR4/Husqvarna rider Taylor Jones lead the top position for a long time but Fly Racing/Maxxis/Seat Concepts KTM rider Becca Sheets worked her way and making no mistakes as she speeds up the pace and finished at the top position. Rounding out the podium was Trail Jersters KTM Mackenzie Tricker. Overall, Taylor Jones clinched her second WXC National Championship in a row after earning six wins, three second places finishes and one third finishes. The youth division started early at 8am after the rainfall drop reduced. Pennsylvania’s finest Max Fernandez finished first overall in YXC1 Supermini Senior Class (ages from 14-15). Completing the spots in the podium were Tyler Palmer and Brayden Nolette. In the TXC2 Supermini Jr. (ages from 12-13), Joseph Cunningham took home the win and Canon Kuneff wins it in the 85cc class.

As conditions began to improve from the rainfall earlier in the week, the youth division took to the track at 8am with Pennsylvania’s Max Fernandez earning the overall win and the YXC1 Supermini Sr. (14-15) class.

GNCC Racing will take place at Powerline Park GNCC in St. Clairsville, Ohio this coming October 15 and 16. See you! 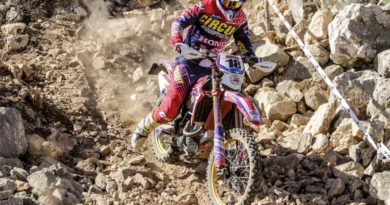 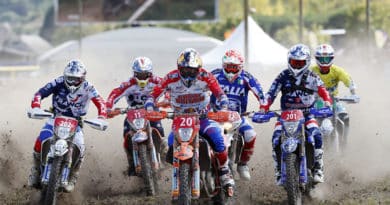 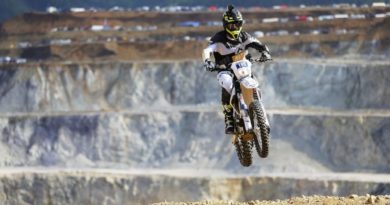 WATCH: TY TREMAINE ONBOARD ERZBERGRODEO ON AN ELECTRIC BIKE