With a dominant display at the Fast Eddy Cross-Country at Hawkstone Park, UK, Josep Garcia jumps into contention of the World Enduro Super Series with two rounds remaining. The domination of Josep Garcia from start-to-finish paid off as ended first overall at the Fast Eddy Cross-Country at Hawkstone Park, United Kingdom. For a long time, Josep Garcia waited this moment to come around with a victory and able to get his chance to show what he is to this event.  Starting up with an opening handful of laps in the Sunday’s main Cross-Country race, Garcia secured a commanding lead against everyone else making this also an epic first career win for this year’s WESS series.

Josep Garcia said: “I haven’t had much chance to ride it so far this season because I used the two-stroke for the Hard Enduro races, so it’s nice to be back on the bike I won the world championship on last year. I’m back on my KTM 250 four-stroke for this race and it feels really good. It’s been an awesome weekend and to win both days is perfect. It’s given me added motivation for hopefully another good result at the next round. I am really happy to win my first race in WESS. I felt really good in the race – I set off first and stayed in front the whole time. My team were great, they let me know how much of an advantage I had and so I was able to gauge the gap back to Nathan. I did have a couple of crashes but thankfully it was nothing too serious and I didn’t lose too much time. I’ve really enjoyed myself here at Hawkstone Park.” While the WESS title is on to the next round at Gotland Grand National in Sweden, The top six riders in the point system is still a close one for all riders making even more exciting and pressure to watch. Here are the current standings of WESS Series after the sixth of eight rounds of extreme competition;

We always wanted to see Jonny Walker but after his unfortunate crash at the previous round in Poland, Megawatt, Walker suffered bone fractures and broken wrist making him out of the competition. It was a crucial accident for the KTM rider who had a stellar performance throughout the whole series. But for now, we will hope that the injury bug won’t bite him harmfully next time.

The second place went on a head-to-head between Nathan Watson and Billy Bolt throughout the race. Matching each other until the latter stages when Bolt conceded to Watson’s consistent pace. Nathan Watson takes on his performance after the race. Nathan Watson said: “I got a good start and moved into second but then on the first lap a stone flew up and damaged my goggles, so I had to make an early pit stop. Billy caught me and was really fast through the stones – he was riding straight through the middle, but I was riding around them. I was gaining time back on the faster stuff and eventually got into a good rhythm and was able to move back into second. I didn’t have enough left to go after Josep, he was riding well today but overall I am happy with my result and it’s great to get my first WESS podium. That was a great race.”

Billy Bolt finished third overall but no signs of slowing down heading to the next round. Billy Bolt said: “I knew my pace was good today but my plan was to just ride my own race and see where I finished. I knew Josep and Nathan would be fast so my goal was to stick to a steady rhythm and hopefully not be too far behind them. I caught up to Nathan at one point and was a little stronger in some of the sections. I started to crash a little bit though so just eased off and focused on claiming a safe third for the championship.The track was great, there was one rock-step that I was hitting quite hard and jumping – the crowd really loved it! The support from the fans was incredible – all the way around the track they were cheering and spurring me on. It’s fantastic to get my second podium in as many races and also take the lead in the championship. Of course, there’s still a lot of racing left to go but this is motivation to keep working hard.” Here are the Results – Hawkstone Park Cross-Country, Round 6: 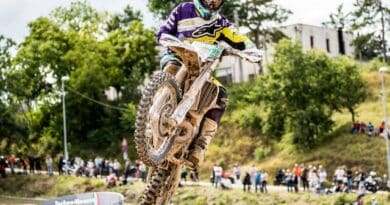 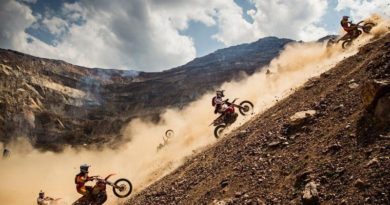 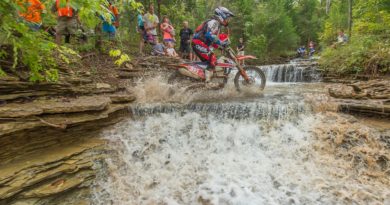