The 2018 AMA Enduro Cross series in Prescott Valley, Arizona started in a well-rounded fashion as KTM’s Cody Webb and Husqvarna’s Colton Haaker battled out for the top position. The FMF KTM rider got the win ahead of Colton, and Trystan Hart completes the podium.

The full-packed thrill of racing started off between the two riders heating up for the top place. Webb and Haaker went on a head-to-head throughout the race. With the fastest time finished, Cody Webb set the fastest time just a little ahead with Haaker. GasGas rider Noah Kepple finished third, and Kyle Redmond and Cooper Abbott completes the top five.

The night event started with the two pro-class races battling up. Webb won the first heat race with a final lap surpass on Hart. The Alta electric bike riders, Ty Tremaine, and Max Gerston, Dustin McCarthy and Cooper Abbott completes the top six. On the second heat. Colton Haaker took the win over Kyle Redmond securing a bonus championship point along with Webb, after an intense battle. Ty Cullins, Mason Ottersberg, Geoff Aaron and Benjamin Herrera heads up for the main event. The bracket format gives the top four of the event to a head-to-head battle races. Haaker moved his way to the final round while Cody Webb was eliminatd by Redmond. The final bracket faced off between Redmond and Haaker to earn another bonus point and the first gate for the main event. Haaker beat Redmond on the final stage.

For the main event, Webb set the tone high in the early stage leading the first two laps followed by Haaker, Ottensberg, Cullins, Redmond and Hart. The FMF KTM rider leads up with a manageable twelve-second lead but in few moments, Haaker takes over again after some few mistakes and errors by Cody Webb. As the heat of the moment rises up, Cody Webb reclaim again the lead and maintained the composure to finish the race at the top for the opening round.

Cody Webb said:  “This was a great way to get the season started. This was the coolest most, fun race yet. Colton and I were going back and forth. The course was so nasty, and this was what EnduroCross is supposed to be. People were crashing everywhere, including Colton and me, and the crowd was so into it. The opening round was great.” Colton Haaker secured the second spot which turned for him to be an uncomfortable finish. Colton Haaker said: “The course was really slippery tonight with a lot of water getting dragged around the whole course, so we lapped a lot of riders and Cody lost out on some lappers and I got into the lead, then I lost out on some lappers again. And it ended with me in second. It was a brutal one. I am looking forward to Costa Mesa and an outdoor arena and maybe a little more room.”

Hart started off way behind of position but worked his way to claim the third spot of the race. Trystan Hart said:  “I had a good start and then got shuffled back in the rocks on the first lap. When I got into third I took the Joker lane and knew that I was in third. I saw the halfway mark and thought it should have been just about over, so it was a tough race. But in the end, I got third, so it was a good day.” 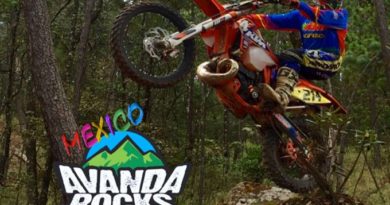 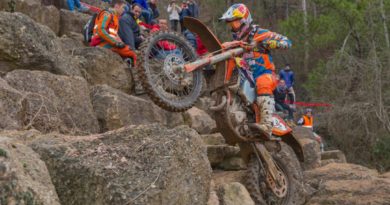 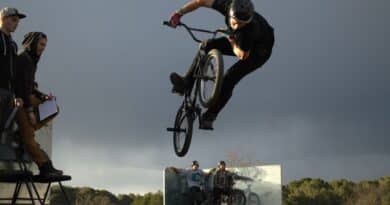 BMX vs Mountain Bike – Which one should you choose