The Italian electric bike manufacturer Tacita has announced details for its 2018 T-Race Enduro bike – one of the few enduro-specific electric bikes to emerge.

Now in its fourth year manufacturing, Tacita is claiming improvements to the 2018 model with a new power train, controller, clutch and batteries.

A new 9 kWh battery pack weighs the same as previous model but doubles the range to covers a claimed 100km (3hrs) of off-road riding. It also has a completely new controller and hardware to match. he new power train developed exclusively for Tacita, claims greater efficiency plus a weight reduction: 12kg less for the 11 and 27kW engines, 7kg less for the 34kW power unit.

The new engine has a better response to intermediate and high revs to deliver better performance and a more exciting sound for the rider.

An integrated battery charger means you can fill up on energy from any power plug including domestic use sockets.

As in all Tacita motorcycles there is a reserve function, which allows to ride for other 10 kms at reduced speed to reach the nearest electrical outlet. The T-Race Enduro 2018 maintains two power maps, ‘eco’ and ‘power’ maps plus they have the ability to engaged or disengaged an engine brake (for long descents), both selectable while riding.

The T-Race Enduro keeps the same single-shell chrome-molybdenum frame. The electric motor is repositioned slightly for 2018 by 20mm, to aid handling.

The colours of the new T-Race are red / black and full kevlar / carbon. 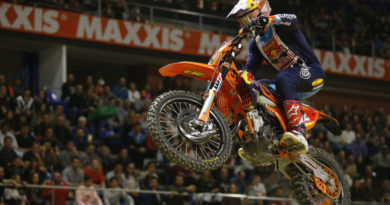 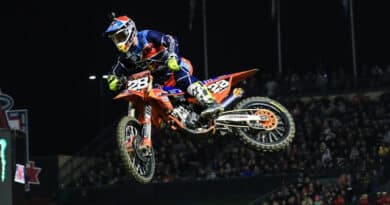 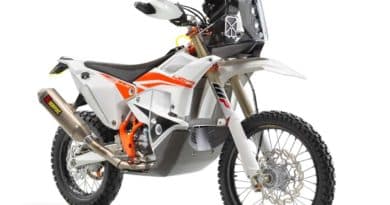