For the final round of the 2017 British Enduro Championship, the recent winner of the Enduro Junior World Champion Brad Freeman seems to be the hot favorite. But with the entry of 200 riders that will join the Diss MCCs GH Motorcycles Muntjac Enduro on Sunday 19th November, the battle will surely be an exciting one. Among the top riders that are being eyed on this round is Danny McCanney who is set to go down to the final test of the year.

For the setting of the race, the club has been working extremely hard and has changed some areas which are prone to inconvenience when it gets wet thus ensuring a dry ground for racing. For the final round of the 2017 ACU British Timecard Enduro Championship the 20 mile forestry-based course at Thetford in Norfolk was prepped and is said to be in top condition.

The format that they had for last year will also be applied at this round.  The championship riders will start at 08:45 in which will allow them to ride the first special test back-to-back, before riding the test again on laps two and three, and then three times on lap four. With the format and compact nature combines, it will surely make an adrenaline rushed race for the riders as well as the spectators

Brad Freeman of Beta Boana Racing Sport had already taken the E3 2017 British Championship honours and overall victory at four out of the six BEC rounds held this year. Added to his recent win as the Junior World Champion, he starts as the favorite.

However, Rockstar Energy – Husqvarna Factory Racing’s Danny McCanney has already won this event in 2016. This might give Freeman some solid challenge. In addition, he is already E2 BEC champion and placed fifth overall in E2 World Enduro Championship and eventually winning the E2 class in the final round in Germany.

This battle between the two riders is surely a must see.

Apico/JD Racing KTM’s Dan Mundell has tied up the E1 class but he will be battling it out for honours on the day with Jack Edmondson – Coastal Racing, Husqvarna UK. During the last year’s Muntjac, the first test was won by Edmondson by nearly four seconds. Most of the summere season, he was out because of injuries. Recently, he returned and took a class win at the GNCC Ironman Raceway in USA.

Lee Sealey is also a must watch rider in the Championship E1/4. Also in line is Joe Wootton who is the winner of the Santon Enduro in Thetford Forest in February and recently having a strong ISDE in the junior team. Alex Snow and Thomas Ellwood will also join the fray. Presenting the challenge and will be competing in the championship class are Todd Kellett and Luke Parker. Brad King, Jay Thomas, Alex Walton, Andrew Bisset, Jon Hunt, Kev Murray and Rich Ely will be competing for the British Championship Expert Class. Hunt has protected the Expert E1 4 stoke championship but the other classes are still waiting for a champion. After recovering from an injury, Adam James is back and will be up for the game. A good ISDE feat in France has helped him to get assurance and fitness back.

The existing top three, Fred Adams (102 points), Harry Hiller-Rees (92) and Allyn Taylor (88) are all fighting for the 2017 BEC clubman championship title. Experts will be timed on their first three tests and clubman on the first two tests.  The reason for this is to reduce the overlap of riders due to the short course. However, the last check of 20 miles provides the greatest test.

It is also reminded that the refueling area is a walking speed area – no exceptions unless you are riding within the bypass provided. This is for safety reasons and thus applies to all riders. Also, it is important that all refueling is carried out on an environmental mat. Walking speed is also needed when the yellow flag is into the control.

Everyone is asked to park accordingly and properlly as some of the parking area has now been fenced off. Please do not obstruct the forest track entrance / exit to the event as this is a first aid route. 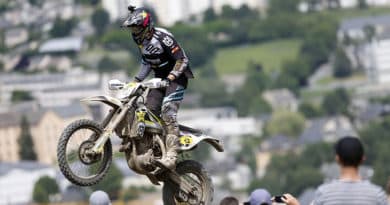 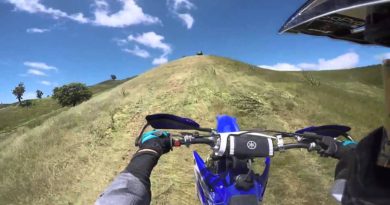 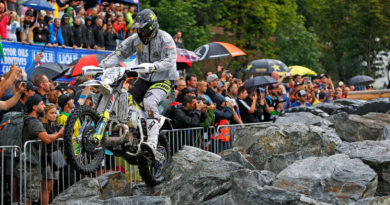