The term motorsports covers any competitive sport which principally uses a motorised vehicle. It incorporates everything from enclosed wheel racing like Nascar and rally driving to open wheel disciplines like the popular Formula series and America’s IndyCar but also includes air, kart, motorboat, hovercraft and drifting.

Encompassing such a breadth, motorsports obviously enjoy broad support throughout the world but especially in the UK. By far and away the most popular format is Formula 1 which receives the most media coverage, followed by MotoGP (Grand Prix Motorcycle Racing), the premier class of motorcycle road racing, popularised by names like Valentino Rossi and Giacomo Agostini.

Sports betting is equally big business in the UK but while horse racing, football and boxing are at its epicentre, motorsports is less synonymous with gambling. In recent years, betting has become more convenient and accessible as people take advantage of new technologies available to them.

Increasingly people prefer to make use of betting apps on their smart devices which place all their betting needs on one custom built software package. Majority of providers have noticed this trend and a lot of sports betting operators now have betting apps for their customers convenience. From here it is possible to manage open wagers, active balances and check odds, and when keeping all your sports betting in the same place, it’s possible to take advantage of promotions and loyalty bonuses.

Formula 1 (F1) has always enjoyed worldwide popularity and success since its inception in the 1950s but is currently experiencing a period of renewed interest especially within younger markets. In particular American engagement with the sport is on the rise, helped in no small part by a new wave of short form social media, like TikTok and YouTube Shorts.

Young, celebrity drivers like Lewis Hamilton have helped to modernise the sport and attract the attention of a new generation of F1 fans. Web searches for Lewis Hamilton alone number approximately 385,000 per month which is more than the next nine most popular motorsports receive combined.

The Miami Grand Prix at Miami International Auto drome made its inaugural appearance on the F1 calendar in May of this year which is testament to the sports increasing pervasion across the pond. But sports betting in the USA is still a delicate subject.

Recent changes in US federal law have prompted a renaissance for sports betting but it’s a slow process that is being examined on a state-by-state basis. Certainly, as these new fans become young adults, combined with progressive gambling laws, we’re likely to see a spike in motorsports betting worldwide.

The way people choose to place bets has changed. You can still visit a physical bookmaker, and many do, but the vast majority of us now prefer to make wagers using online means.

The technology inside modern smartphones far exceed the specifications of desktop computers from the turn of the century and when combined with a reliable and fast mobile data network, it’s no wonder that apps are now the go to method of interacting with the digital world. Betting websites and apps feature a range of available sports on which to bet and motorsports is of course available but it’s still not as popular as many other games.

As is F1’s domination of the motorsport’s disciplines, it often features in its own category which may light the way for other motorsports to develop. You can also find more uncommon sports in this same list, however, like water polo, chess and even politics.

In each branch of motorsports, fans can place bets on who they think will win each race. You can also bet on who will win the championship at the end of the season, with the odds homing in on the favourites as each race goes by.

F1 betters often have more choice, being able to bet on qualifying times, winning margins, the leader after the first lap, number of finishers and even if the safety car will make an appearance. Along with the drivers’ championship, the constructor’s championship is hotly contested. Each constructor has two cars and two drivers that compete throughout the year gaining points for the team.

The future of motorsports betting

As F1 continues to attract more headlines and column inches, there is likely to be more attention on the motorsport’s world as a whole. Other disciplines may be able to capitalise on the success of F1 and attract new followers and participants.

The fourth most searched for motorsport in the UK is Formula E, the electric counterpart to F1. Formula E has a younger fan base than most other motorsports and is the only one where the fans have an active role in the outcome of the race.

During each race, viewers vote for their favourite driver and the recipients with the most votes receive ‘Fanboost’, a short burst of real power to their engine which they can choose when to activate – it could be the difference between a podium finish or not. Fanboost brings a touch of esports to the world of competitive racing.

Looking to the future, as many countries begin to phase out petrol cars from production, electric car racing is only going to grow in popularity and could be a real success for sports betting moving forward. It is exciting to consider which other motorsports will be the next in the spotlight. 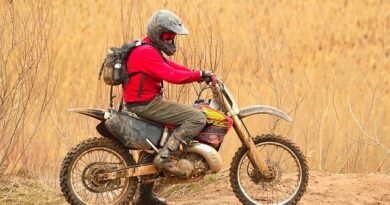 Easy Tips to Choose Helmets and Footwear for Motorcycle Sports 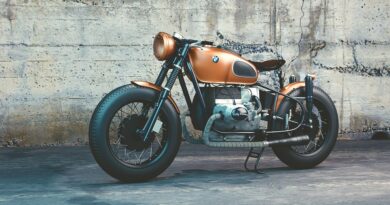