The island of Baltic Sea now gaps for the Gotland Grand National Enduro this coming weekend celebrating also the 35th edition of the event. Three hours of demanding Cross-Country race will have on the bar for almost 3000 riders competing on this ‘must-do’ event on the Swedish racing calendar.

With six rounds complete and two rounds remaining, statistical points and leaders on the top list are now close and crucial. Billy Bolt currently sits at the top position ahead of close contention both Manuel Lettenbichler and Josep Garcia. There are still many might happen as the points available are now down to 1000. The stellar run for Bill Bolt continues as he still leads overall over his championship rivals. Consecutive podium finishes back in May and in Redbull 111 Megawatt and Hawkstone Park Cross-Country adds up to his statistical points. Behind Billy Bolt on the rankings is KTM rider Manuel Lettenbichler, who is 125 points behind. The German privateer also has an epic run and looks to continue to sit as a big contender for the championship. Coming from a victory at round six in Great Britain, Josep Garcia also calls up as a big contender for the event. Aiming for not just a podium finish, Garcia looks to pass on his rivals for a sure crown win this weekend.

The fifth place in overall statistical points is Taddy Blazusiak. Looking forward to finish with a podium spot, Blazusiak set to prepare as he’s also one of the riders to watch on. Great Britain’s Nathan Watson still finds his momentum in this last push of the season in searching for his first WESS win so far.  Rockstar Energy Husqvarna’s Graham Jarvis sits at eight overall heading by just 16 points against ninth overall Paul Bolton. Completing the top ten on the list is Gas Gas Factory Racing’s Lars Enockl Gotland is the place to be for almost 300 competitors playing on the event. Like any other races in the WESS season, Baltic Sea event will demand a physical and mental strength to continue the pace and finish strong among the riders to secure remarkable points at the positions. 2017 Gotland podium finishers, Albin Elowson, and defending winner Kjetil Gundersen will also looks to earn and finish at the top three to maintain best results since the previous year.

Matt Nilsson is the most successful rider in the history of Gotland Grand National having a total winning with eight. Having a debut win back 1997, Nilsson still finished at the podium last year proving age comes with experience are purely match for youthful striveness. This year, the 49-year-old superstar rider still competes and looks to add more achievement under his belt. 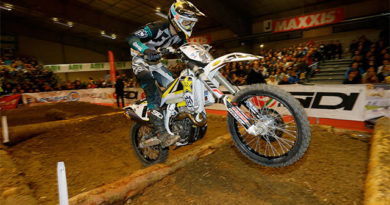 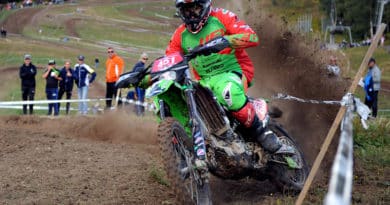 EUROPEAN ENDURO CHAMPIONSHIP GOING DOWN TO THE WIRE IN KIELCE 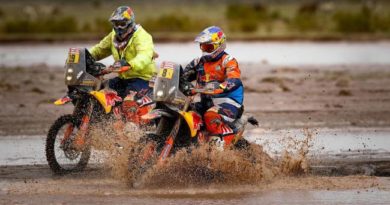