Honda had their hugely popular Africa Twin CRF1000L model into an upgrade which will surely caught the attention of all the riders. This includes the new Adventure Sports. The new sports model clearly had what it takes to last the ride in longer durations as it featured a bigger tank which has an extra 5.4 liters to up the range of the tank “above 500kms” claimed Honda. With this bigger tank capacity, one can travel a lot further compared to the previous model. It also has longer travel Showa suspension and improved riding position for it to be more functional in off road usage.

During 2016, the Africa Twin model was re-introduced. During that time Honda had huge sales all around the world as it was clearly what the consumers demanded. From riders who was into adventure as much with Dakar Rally as world travel. Thirty years down the line, the 2018 Africa Twin has become Africa Twins with two models.

Difference in riding conditions and rider abilities will no longer be a hindrance as the new features includes a new throttle-by-wire system with improved electronic engine and transmission control.

Compared to the standard model, the new Adventure Sports CRF1000L is more on being proficient in off road usage. By itself it needed the new riding arrangement for the rider to be “more upright” and eventually be in improved position for riding off road.

A flatter seat is 50mm higher than standard and adjusts 20mm to either 900mm or 920mm being compared to 850mm and 870mm of the standard model’s more ergonomic seat. A position change in the handlebar at 32.5mm higher and 5mm further backwards is set to go well with a standing rider. It also has bigger footrests for rider and pillion.

Compared to the previous model, its standard pegs were clearly not for off road usage, regardless of the nature of this Africa Twin beast. Other useful details that were added to the Africa Twin Adventure Sports bike are protective aluminum sump guard, a taller screen, stainless steel spokes and crash bars. The purpose of the new electronic system is for the rider to manage engine output, feel and rear wheel traction. The earlier model had three levels of HSTC (selectable torque control) plus off, but the new system has seven – ranging from hostile off-road riding to receptive (level seven) on wet asphalt.

For 2018, a revised exhaust helps mid-range power too and “serves up an even more evocative howl.” Also, it will have a customized airbox that will get better at mid-range response on both models, as does a lighter balancer shaft weight. The four-valve 998cc parallel twin Unicam engine has intelligent packaging touches such as covering the water pump within the clutch casing and using the engine’s balancer shafts to also drive water and oil pumps. This equals the 998cc twin motor with Honda’s popular 500cc engine in terms of overall length.

Its short height contributes to the Africa Twin Adventure Sport’s 270mm of ground clearance and strong overall balance despite the 230kg claimed weight.

The 252mm (up 22mm on the standard Africa Twin) 45mm Showa cartridge-type inverted, fully adjustable fork improves the overall feat and control of the Adventure Sports model. An extra 20mm travel at 240mm is in the Showa rear shock. It features a 46mm cylinder remote reservoir for steady damping control when used in an off road environment. Its upper mount is set low for mass centralization.

Rebound and compression damping are also completely changeable. Spring preload can be accustomed by means of a dial on the shock body.

The DCT model can also be switched into manual mode thus allowing the rider to fully control and operate the gearshifts through triggers on the left handlebar. D mode offers improved fuel economy and comfort cruising at the same time as S mode gives three different, sportier shift patterns to choose from.

Pushing the G button in any riding mode modifies the control of the clutch system to give a more direct drive. The DCT also runs on off road usage. 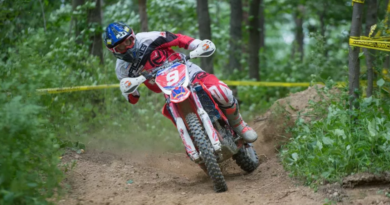 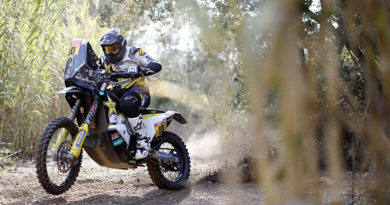 IS QUINTANILLA ON HIS WAY TO HIS THIRD CONSECUTIVE WORLD CHAMPIONSHIP? 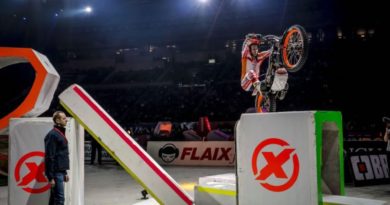