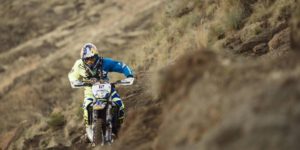 The final day of 2017 Roof of Africa hard endure ended as Sherco’s Wade Young claimed the championship title. Being able to take the lead in the overall scores during day two, Young gave his very best to keep it that way. He managed to keep his pace during the last 2 days of the event. Riding through and pressing forward. During the third day, Young made it sure that he didn’t have any mistakes as a single misstep and flaw in his performance could lose his chance at taking home the championship title. By his solid and flawless performance, he had his third win in the 50-year history of the race by over 11 minutes.

One of his very close competitors during the event was Travis Teasdale especially during day three, the last day. Teasdale needed at least 61 seconds to overcome the points of his fellow countryman. This might be an easy way for Teasdale, but Young had already set the pace and wouldn’t let him to catch up. At the end of the day, Teasdale ended in fifth place and was the second in the overall ranking. It was also his debut podium in the Hard Enduro World Series. 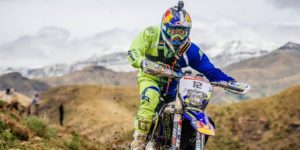 On third place was Graham Jarvis. He had a 10 minute shortage that hinders him to catch up to the leaders. With these circumstances, he was unable to defend his Roof of Africa crown. Still, Jarvis had managed to end his season with a podium result. With his winning at the Minas Riders, Red Bull Romaniacs, Sea to Sky and podiums at Erzberg and Roof of Africa and then fourth at the Megawatt, he did more than enough to declare the overall win in this year’s Red Bull Hard Enduro World Series. This proves that Jarvis does have a lot of experience and is a force to be reckoned with. 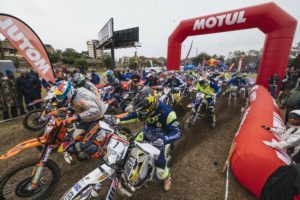 In the fourth place was Blake Gutzeit of Yamaha and Alfredo Gomez was fifth.  Mario Roman was eighth in the final results as he had a broken chain issue from day two. On the final round however, he had been the second the finish the race.

A win in the Silver Class by Heinrich Zellhuber was observed as he defeated Bradley Cox by a margin of 21 minutes. In the Bronze Category, it was Bretrt Geary who was hailed the winner. 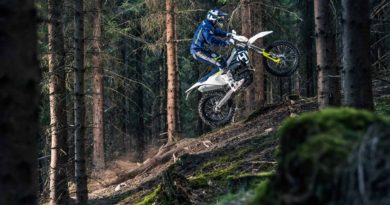 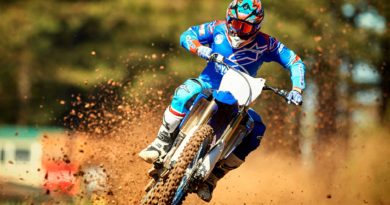