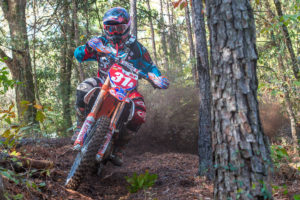 Just two points behind Baylor, Thad DuVall of Rockstar Energy Husqvarna Factory Racing still didn’t managed to catch up to Baylor as the round in Alabama amounted to a winner take all situation. A huge impact has been made by Baylor as he had the fastest time during the very first test. He had an 11 second margin over DuVall.

“The day started surprisingly well,” told Baylor. “I think in all the years I’ve been riding national enduro, I’ve probably won the opening test maybe less than five times, so to start off with the win in test one was huge for me.”

The following tests were hyped as DuVall managed to close the gap between him and Baylor by six-tenths of a second in the second test, but in the end, it was Russell Bobbitt of FMF KTM Factory Racing who won and had the fastest time. He was six seconds to the front of DuVall. While during test three and four, Baylor roared through the track and won both of the tests. This win allowed him to have a just about 30 second lead greater than DuVall.

“I was able to gap those guys by quite a bit after the fourth test and I knew I could relax a little in the last two tests, but I made a mistake in test five and it set me back a little. I went down and I was counting as I was trying to get going and I counted to seven so I knew I was still in decent shape. Thad ended up getting me by 12 seconds in that test and at the end of the day, only 12 seconds separated us in the final scoring so I’m super happy with how the day went.”

At the end, Baylor managed to have four race wins on the season as DuVall also had won four rounds.

“It was a hard-fought series,” explained DuVall. “It’s funny because I came into the series not exactly feeling comfortable with the enduros, but over the season I have come to really enjoy it, and though I’m not exactly happy with second overall in the series, I feel I rode the best I could. I just wish I could have ridden the way I did today in the last two rounds when I was nursing my wrist injury.” 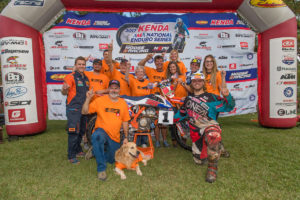 Grabbing his very first spot at the podium, Integrity Acquisitions-backed KTM rider Evan Smith had a very solid race at the Gobble Getter earning him the 3rd spot. It has been observed that he is steadily improving as the years passed. An example of his improving performance is the difference between his race at the opener in Sumter where he finished 15th place and now as he ended in third place. 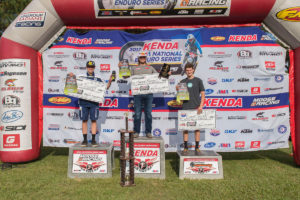 Close fight between FMF KTM Factory Racing’s Russell Bobbitt and SRT Racing’s Cory Buttrick were observed as they fought their way into the fourth spot, but it was Bobbit who managed to stay ahead by just six-tenths of a second. Sixth place went to Jesse Groemm while an unusual appearance of KTM Racing’s Ben Kelley at the enduro series got him the seventh place. Moose racing’s Zack Hayes, SRT Racing Gas Gas’ Ron Commo III and Rekluse Expert/AA winner Thorn Devlin sealed the top 10.

Perfecting all the nine rounds of the Rekluse/Expert AA class, Devlin clearly had given his best. Also, he won the Gobbler Getter round with a minute gap over AirGroup/Enduro Engineering Husqvarna teammate Tyler Vore. Vore was ranked second in the said class and was 13th in the overall ranking. 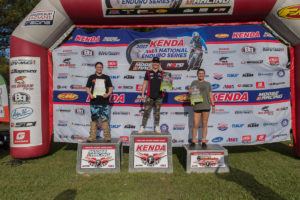 “It was rough out there,” told Devlin. “My arms pumped up so I just tried to ride as smooth as I could but still fast.”

Tayla Jones defeated Jessica Delee with a 7 minute margin in the Women’s Elite class. This win of hers resulted to her seventh win of the season in the said class. On third place was Allie Spurgeon.

“I had a good day,” Jones said. “I think I’m starting to get the hang of the enduros, though I still struggle with the tight stuff.”

In the Women’s C class, the KTM aboard Allie Roland won the said class and Greg Roberts won the A 55+ class. 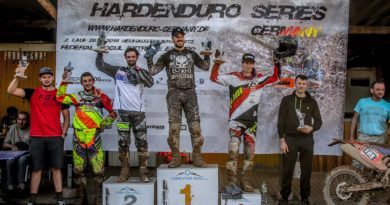 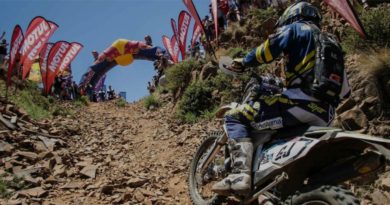