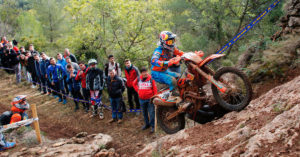 Josep Garcia tops the time sheets all throughout the day. He was hailed as the fastest in the special tests to take the E1 class and scratch overall result and lead the championship. Following the double-header at the opening weekend at the third round of the Spanish Championship held at Castellón featured three specials on varied landscape: two cross tests, the first was fast and slimy due to the preceding night’s rain and a second on the sand typical of this area – like RedSand MX Park. An enduro test in the forest next to the paddock concluded the lap. Ever since mixing up riding disciplines and racing Dakar and having a second place in overall, Johnny Aubert showed that he has lost nothing. He took a couple of tests to adapt himself before upping the pace to follow Garcia home and take the E3 wins.

Second place is Jonathan Barragan after winning the opening rounds last month. Subsequent to losing time in the primary of the cross tests Barragan was constantly playing catch-up. Ramon Quer was third place in overall in the big dislocation class. Cristóbal Guerrero and present Spanish Scratch champion, Jaume Betriu, fight for honors and the concluding step of the overall podium. Cris had the third fastest time in Castellón defeating Betriu by just less than two seconds – while Betriu was vulnerable by a finger wound during the week. The pair was also fighting for E2 class, Lorenzo Santolini was third.

Víctor Guerrero went back to the ‘top five’ during the overall in Castellón along with Kirian Mirabet together with Garcia on the E1 class podium. 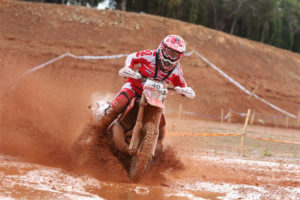 Marc Sanz once more demonstrated his potential in the Junior Class through winning the seventh place in the overall tally alongside with the class win. Alejandro Navarro was the champion of Junior 125 and Francisco García during the National Trophy.

The next round of the RFME Spanish Enduro Championship will be held inside Igüeña, León, happening on the weekend of 19 as well as 20 of May. 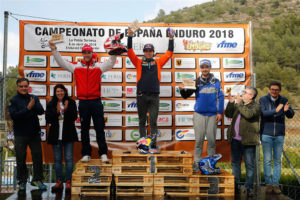 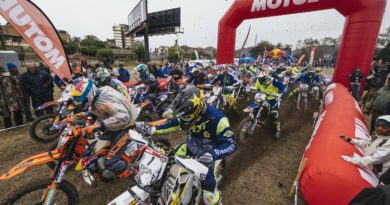 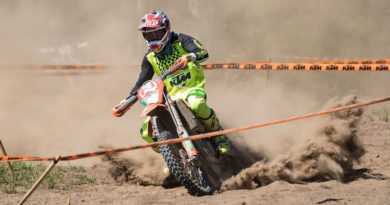 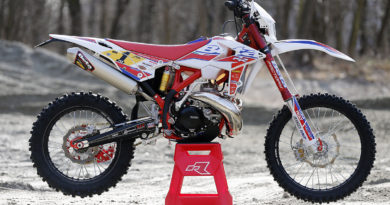